What is the function of Junction Box and Bypass Diodes in solar panels?

It is located at the back of the solar panel, from where the interconnection terminals come out. In this box are marked the positive and negative output of the pv panels and inside it, protected with silicone, are placed the protection diodes (bypass) of which we will talk next.

As an example, an image of the SolarWorld solar panels junction box is shown below, which is one of the most compact and advanced on the market: 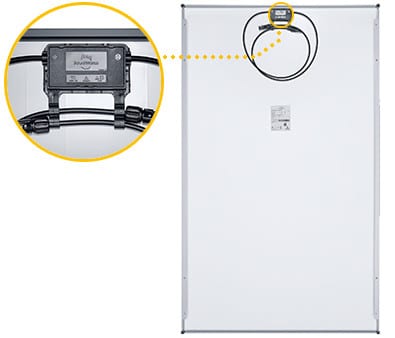 The protection diodes (Bypass Diodes) that are installed inside the junction box are intended to avoid the effects caused by hot spots and shading, which can adversely affect the performance of the solar module.

The hot spot occurs when, in a series of cells, one has a manufacturing defect or is partially shaded, which is the most common and most dangerous case in Om-Grid and solar pumping systems, where the number of modules in series is high.

Let’s see an example for the case of two cells, not equal, A and B, in series. The behavior of the resulting curve is as follows:

At point 1, or at any point between P and the open circuit voltage, the two cells operate as generators, with an IG1 current and a total generated voltage VG = VA1 + VA2.

The point P corresponds to the short-circuit current limit of the least efficient or shaded cell, and the resulting voltage at this point will be the voltage of curve A, since curve B at this point has V = 0.

Point 2 would correspond to the operation on the open circuit voltage of the generator, where IG = Isc and VG2 = VA2 + VA1 = 0. For this to be true ie the generator voltage is equal to zero, the cell B will reverse polarize until it acquires a voltage VB2 = -VA2 accordingly acting as a receiver.

This same reasoning is applicable for a more numerous association of cells, or solar panels connected in series as is our case. In a situation close to the short circuit, it would cause the shaded cell to dissipate a high power equal to that generated by the rest of cells, heating and producing the phenomenon of the hot spot.

In order to avoid a power dissipation that could raise the temperature to the point of deterioration of the cell, it is necessary to insert the diodes bypass in parallel with a branch of cells connected in series.

When a solar module is working normally, without shading neither “hotspots”, the standar current flow is the following: 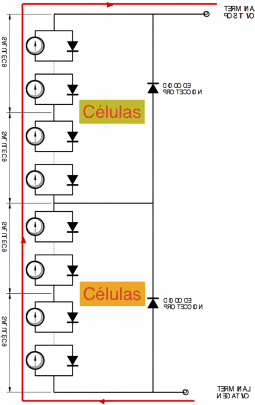 If a solar cell is shaded it behaves like a diode and the path will be: 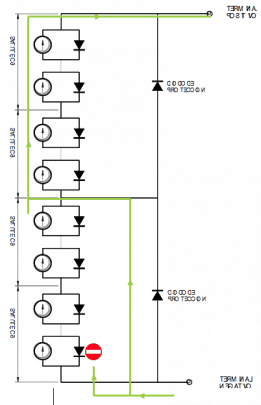 As you can see, this is the reason to install the Bypass diodes for protection against shadows, the less resistance to the flow of current is offered by the diode and not the cell which is a polarized diode inversely.

As a real case, we show a photo of 2 protection diodes (bypass) from a typical junction box on solar panels. In this case there are 2 diodes, 1 for every 18 cells: 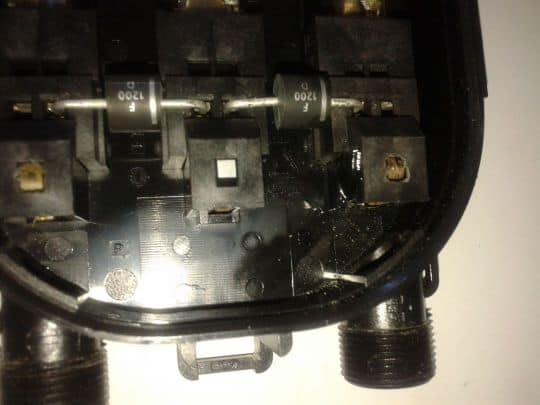 Article developed by the technical department of SunFields Europe: eng.sfe-solar.com